Milton L. Mueller is Professor at Syracuse University's School of Information Studies. He is the author of Ruling the Root: Internet Governance and the Taming of Cyberspace (MIT Press, 2002) and other books. 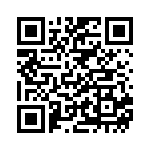