At the time of his death in 2003, Bernard Williams was hailed by the Times as 'the outstanding moral philosopher of his age.' He taught at the Universities of Cambridge, Berkeley and Oxford and is the author of many influential books, including Morality; Descartes: The Project of Pure Enquiry (available from Routledge) and Truth and Truthfulness. 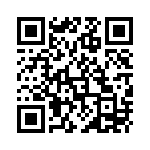