Nikolai Nikolaevich Filatov , professor, Ph.D., He start work in limnilogical institute, Academy of Sc. and received his doctorate in geography in 1975 from the State University in Leningrad , where he conducted investigations of currents in Large Lakes. He are working in the Institute for Lakes Research of the Russian (then USSR) Academy of Sciences from 1971-1988 y., where his research interests become focused upon limnological, hydrophisics , and remote sensing.. He was awarded a D.Sc. degree in 1991. He has authored more than 300 scientific articles and 10 books. Now he is working in Nortern Water Problems Instittute as Director of the institute and head of laboratory of Geographical. His research activities continue to be directed toward the remote sensing, limnology and phisics of inland waters. He was visiting scientist in Canada (1979,1990), Austria, in International institute for Applied system analysis(1977), Finland (1983,1990,1993,1995-2002), Sweden (1992,1996, 2001, 2004).He is proffesor of State Pedagogical university (Petrozavodsk), President of Karelian Geographical society. 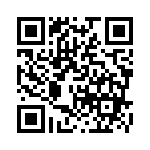