Michael Lewis Cromartie was born in Charlotte, North Carolina on July 13, 1950. A onetime agnostic, he embraced Christianity as a teenage conscientious objector to the Vietnam War. He moved to a liberal Christian commune and received a bachelor's degree in psychology from Covenant College in 1976. He met Charles W. Colson at a book signing and joined his Prison Fellowship ministry as a research assistant. Cromartie veered toward evangelicalism and conservatism after he was the victim of a violent hotel room robbery. He received a master's degree in justice from American University. In 1985, he went to work for the Ethics and Public Policy Center in Washington. He edited more than a dozen books and wrote Religion and Politics in America: A Conversation, which was published in 2005. He was appointed by President George W. Bush to the United States Commission on International Religious Freedom and was elected its chairman twice. He died from glandular cancer on August 28, 2017 at the age of 67. 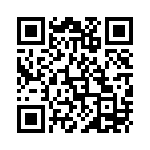