Stephen White is the James Bryce Professor of Politics, a Senior Research Associate of the School of Central and East European Studies at Glasgow University, and a Visiting Professor at the Institute of Applied Politics in Moscow. White graduated from Trinity College Dublin with degrees in history and political science, and then completed a PhD in Soviet studies at Glasgow - including an exchange year at Moscow State University - and a DPhil in politics at Wolfson College Oxford. He was elected a Fellow of the British Academy in 2010. Stephen White is the author of numerous articles and books on Soviet and Russian politics. 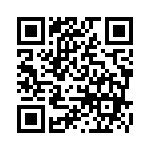