Steven S. Skiena is Distinguished Teaching Professor of Computer Science at Stony Brook University. He is the author of four well-regarded books: The Algorithm Design Manual (2008), Calculated Bets: Computers, Gambling, and Mathematical Modeling to Win (2001), Programming Challenges (with Miguel Revilla, 2003) and Computational Discrete Mathematics (with Sriram Pemmaraju, 2003). Skiena heads the Lydia news/blog analysis project at Stony Brook, using large-scale text analysis to chart the frequency, sentiment and relationships among millions of people, places, and things. This technology forms the foundation of General Sentiment (http://www.generalsentiment.com), where he serves as co-founder and Chief Scientist. Lydia news analysis has been applied to several social science research projects, including financial forecasting and presidential election analysis. The rankings underlying Who's Bigger? derive from this analysis.

Charles B. Ward currently works as an engineer on the search engine team at Google. He is the author of more than a dozen scholarly papers, including research in text analysis, computational social science, computational biology, and graph theory. Ward worked as a lead developer with the Lydia news analysis project during his four years of postdoctoral studies at Stony Brook University. He is also an authority on historical strategy games. More information is available at https://sites.google.com/site/charlesbward/. 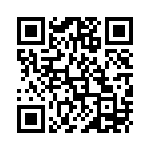