This classic series represents the Western canon not without academic controversy. The latest volumes of the Great Books include some women writers, but they are still definitely underrepresented ... Read full review

Plotinus studied under Ammonius Sakkas and later moved to Rome, where he continued to develop his views and created a circle of faithful disciples, among them Porphyry the Phoenician (232--304), who edited Plotinus's Enneads and wrote works of his own, including The Life of Plotinus. Plotinus has been recognized as the last representative of Greek rationalism and one of the great thinkers of all times, having built a system that includes theories of reality, knowledge, ethics, esthetics, and theology. The main stock of Plotinus's ideas comes from the classical age of Greek philosophy, recast to counter problems that the winds of new doctrines ushered in along with the rising power of religious worship and the spreading expectation for salvation. Plotinus appeals to intellectual purity, an aspect often misunderstood as a concession to mysticism that lacks redeeming logical features. His philosophical system provides two ways to meet the demands of a fulfilled life. The first deals with finding one's place in a universe that is the result of the creative procession from the One, the source of all reality; the second is designed to effect the soul's "return" in a union with the One. Whereas the first way is metaphysical, the latter is ethical. The first brings understanding, the second grants blessedness. Plotinus's insights proved influential, and many of his disciples, chiefly Porphyry, sought to preserve and transmit them to subsequent generations of thinkers in other parts of the Roman world, Syria and Greece in particular. Iamblichus (died c.a.d.330), Syrianus (fl. c.431), and Proclus (410--485) worked out their own versions of Neoplatonism. The schools' activities ended when they were ordered closed in a.d. 529. Still, the ideas had taken on a life of their own and moved in new directions. Many of them already had been taken over by Christian intellectuals who were learning how to respond to the need to strengthen the rational side of their religion. 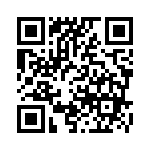