I was pointed towards Henry James by those who had read my own interminable contributions to a half-forgotten creative writing collaboration on LibraryThing, so I feel obliged to let it be known that ... Read full review

I read this in college, in a seminar on Dickens and James with Prof G Armour Craig (later interim Pres of Amherst College). I know I wrote one of my best papers on this novel, culminating in ... Read full review

Christopher Butler is Professor of English Literature at Oxford University, and is the author of many books, including Early Modernism (OUP, 1994). 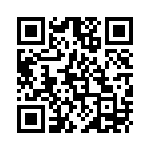