This is a good book. I haven't read it but anyone can tell by the title that it is a good book . It's not "The Good Book" but nevertheless (I love that word, I don't know why they don't make more words out of 3 random words) ... Now where was I ? That "nevertheless" completely threw me off. Oh yes, I was saying that it is not "The Good Book" but it is a good book , nevertheless. See you can throw that word in at the end of many sentences. There seems to be a bit of rambling around with the 4 Introductions and I could see why that might throw some people off. Now , I know that most of you are saying "hey, I thought you said you never read the book !" and you would be right. Does it really count if you only read the bits up to the start of Chapter 1 ? Because that's what I did. And I scrolled forward to the end and found that about half the book is actually online . I guess that's what Google Books thinks is "fair use". They probably could have just put quotes around the whole text and cited the book as a reference and stayed out of the long arms of the law in Google Land. So anyway, you should buy this book . Just because I didn't buy it, I can tell how long it takes to write this much drivel and I know that the author put in many minutes away from watching Seinfeld reruns to make this book available to your, his adoring public. If you can't see your way to do that, I would suggest that you read the first half online then wait a 7 minutes until you have forgotten it and they read it again. I'm exaggerating - it will only take 3 minutes to forget. You will have wasted the same amount of time and still have the money to waste on something else.

Born in England, Chris"Hilarious" Gibbsfirst came to Canada in 1995 as one half of the comedy duo HOOPAL, who won numerous awards, including the prestigious I Laughed So Hard I Damaged My Intercostal Muscles Award for best comedy at the Wellington Fringe. He moved to Canada in 2002. His first solo show, Gibberish, was acclaimed as "comic genius" (Edmonton Sun) and won the Best of the Fest Showcase Award at the Winnipeg Fringe. He lives in Toronto. Please visit www.chrisgibbs.ca .

TJ Daweis a Vancouver based writer, performer and director of new theatre, specializing in autobiographical stories. His co-written play Toothpaste and Cigarsbecame the feature film The F Word, starring Daniel Radcliffe, Zoe Kazan and Adam Driver. He co-created and directed The One Man Star Wars Trilogy, which has been touring the world since 2002, including runs off-Broadway in New York, London's West End and the Sydney Opera House. He regularly mines his life for monologues, which he's toured to more than one hundred theatre festivals. He leads workshops on solo shows, developing a creative practice, and the personality types of The Enneagram. He's co-created stage parodies of Sex and the City, Stranger Things, The Walking Dead, adapted the blog PostSecret, and the podcast Serial Killers. He spends half the year on the road developing and touring various projects. His website is tjdawe.ca 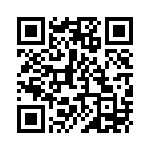