The climax of the "Sarantium" series is better than vol. 1, the ground work having already been laid. A book where rather than concentrating on the men of blood and action, a modest career in art is ... Read full review

This is simply a masterful, beautifully written story and is one of my favourites tales ever, so don’t expect a balanced review It is a sharp contrast to the first book, where that was a slow burner ... Read full review

Guy Gavriel Kay is the international bestselling author of numerous fantasy novels including The Fionavar Tapestry trilogy, Tigana, The Last Light of the Sun, Under Heaven, River of Stars, and Children of Earth and Sky. He has been awarded the International Goliardos Prize for his work in the literature of the fantastic, and won the World Fantasy Award for Ysabel in 2008. In 2014 he was named to the Order of Canada, the country’s highest civilian honor. His works have been translated into more than twenty-five languages. 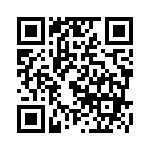