Joseph Conrad is recognized as one of the 20th century's greatest English language novelists. He was born Jozef Konrad Nalecz Korzeniowski on December 3, 1857, in the Polish Ukraine. His father, a writer and translator, was from Polish nobility, but political activity against Russian oppression led to his exile. Conrad was orphaned at a young age and subsequently raised by his uncle. At 17 he went to sea, an experience that shaped the bleak view of human nature which he expressed in his fiction. In such works as Lord Jim (1900), Youth (1902), and Nostromo (1904), Conrad depicts individuals thrust by circumstances beyond their control into moral and emotional dilemmas. His novel Heart of Darkness (1902), perhaps his best known and most influential work, narrates a literal journey to the center of the African jungle. This novel inspired the acclaimed motion picture Apocalypse Now. After the publication of his first novel, Almayer's Folly (1895), Conrad gave up the sea. He produced thirteen novels, two volumes of memoirs, and twenty-eight short stories. He died on August 3, 1924, in England.

Owen Knowles, Research Fellow at the University of Hull, is the author of A Conrad Chronology (2014), An Annotated Critical Bibliography of Joseph Conrad (1992) and the Oxford Reader's Companion to Conrad (with Gene M. Moore, 2000). Advisory Editor to The Conradian: The Journal of the Joseph Conrad Society, he has also edited a number of works for the Cambridge Edition of Conrad's Works, Everyman Library and Penguin Books, and has also edited Volumes 6 and 9 of The Collected Letters of Joseph Conrad (Cambridge, 2002, 2007) as well as two volumes of correspondence to and about Conrad.

Allan H. Simmons, Professor of English at St Mary's University, Twickenham, London, is the author of Joseph Conrad (2006) in Palgrave's Critical Issues series and the readers guide Conrad's Heart of Darkness (2007). As well as editing Joseph Conrad in Context (Cambridge, 2009) and Joseph Conrad: Contemporary Reviews, Volume 1 (Cambridge, 2012), he has edited a number of Conrad's works for the Cambridge Edition of the Works of Joseph Conrad, of which he is General Editor, Everyman Library and Penguin Books. He is an Advisory Editor to The Conradian: The Journal of the Joseph Conrad Society. 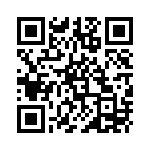