Dennis Dalton was the Ann Whitney Olin Professor of Political Science and is now emeritus at Barnard College, Columbia University. The winner of a Fulbright scholarship and grants from the American Council of Learned Societies and the American Philosophical Institute, he is the author of Indian Idea of Freedom: Political Thought of Swami Vivekananda, Aurobindo Ghose, Mahatma Gandhi, and Rabindranath Tagore and editor of Mahatma Gandhi: Selected Political Writings. 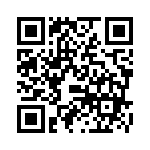