Clare Asquith, Countess of Oxford and Asquith, is the author of Shadowplay: The Hidden Beliefs and Coded Politics of William Shakespeare. She studied English literature at Oxford, where she gained a congratulatory First. Her ideas about Shakespeare's politics and religion were first raised in the Times Literary Supplement in 2001. Since then, she has written numerous articles and lectured widely on Shakespeare and his background. 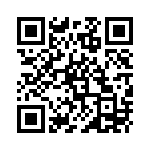