Eduardo Engel is Professor of Economics at the University of Chile and Visiting Professor at Yale University, Connecticut. He is a Fellow of the Econometric Society and was awarded the society's Frisch Medal in 2002. He has published in leading academic journals, such as the American Economic Review, Econometrica, the Journal of Political Economy, and the Quarterly Journal of Economics. He began working on public-private partnerships (PPPs) in the mid-1990s and has consulted on this topic for governments and multilaterals, such as the World Bank, the Inter-American Development Bank, and the European Investment Bank. He is a member of the World Economic Forum's Global Agenda Council on Infrastructure and former chair of the Technical Advisory Committee of the Public-Private Investment Advisory Facility (PPIAF) in Washington, DC. He has also taught short courses on PPPs at various universities and multilateral organizations, such as the International Monetary Fund, the Inter-American Development Bank, and the Toulouse School of Economics. He holds a PhD in economics from Massachusetts Institute of Technology, a PhD in statistics from Stanford University, California, and an engineering degree from the University of Chile.

Ronald Fischer is Professor of Economics in the industrial engineering department of the Universidad de Chile in Santiago. His research is on the economics of public-private partnerships; the link between financial market inefficiencies and economic performance; and the economics of regulated industries, especially seaports. He has published widely in leading academic journals, including the Journal of Political Economy and the Quarterly Journal of Economics. He has advised several national and multilateral organizations on PPPs and consulted on this topic in Rwanda, Mozambique, and Uganda for the International Growth Center. He is a member of Chile's PPP Technical Panel, which examines legal and technical controversies between the regulator and private concessionaires. Formerly he was a member of the board of the San Antonio Port Authority (Chile's main port) and a member of the Electricity Expert Panel, which adjudicates conflicts among utilities. He has also been a member of Chile's presidential advisory commissions on financial stability, energy policy, and competition law. He holds a PhD in economics from the University of Pennsylvania.

Alexander Galetovic is Professor of Economics at the Universidad de los Andes in Santiago, Chile. His research is on the economics of public-private partnerships, the equilibrium determinants of industry structure, and the economics of electricity. He has published in leading economics journals, including the Journal of Political Economy, the Review of Economics and Statistics, the Journal of the European Economic Association, and the Harvard Business Review. He has been an advisor on PPPs to the Chilean government and to multilateral organizations, such as The World Bank, the Inter-American Development Bank, and the European Investment Bank. He has been a research scholar at the International Monetary Fund, a visiting professor at Stanford University, California and a National Fellow at the Hoover Institution. He is also listed among Who's Who Legal's competing economists. He holds a bachelor's degree from the Catholic University of Chile and a PhD in economics from Princeton University, New Jersey. 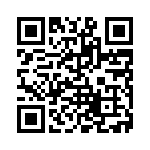