Ed Sandifer is Professor of Mathematics of Western Connecticut State University. He earned his PhD at the University of Massachusetts under John Fogarty, studying ring theory. He became interested in Euler while attending the Institute for the History of Mathematics and Its Uses in Teaching, IHMT, several summers in Washington DC, under the tutelage of Fred Rickey, Victor Katz and Ron Calinger. Because of a series of advising mistakes, as an undergraduate he studied more foreign languages than he had to, so now he can read the works of Euler in their original Latin, French and German. Occasionally he reads Spanish colonial mathematics in its original as well. Now he is secretary of the Euler Society, and he writes a monthly on-line column, How Euler Did It, for the MAA. he has also written The Early Mathematics of Leonhard Euler, also published by the MAA, and edited along with Robert E. Bradley, Leonhard Euler: Life, Work and Legacy. He and hi wife Theresa, live in a small town in western Connecticut, and he has run the Boston Marathon every year since 1973. 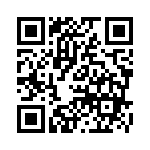