Translator and professor Robert Fagles was born in Philadelphia, Pennsylvania on September 11, 1933. He received a BA in English from Amherst College and a PhD in English from Yale University. While obtaining his degrees, he studied Latin and Greek on the side. He taught at Yale for one year and then joined the faculty at Princeton University as an English professor and remained there until he retired in 2002. While at Princeton, he created the university's department of comparative literature and received an honorary doctorate in June 2007. He was also a renowned translator of Latin and Greek. His first published translation was of the Greek poet Bacchylides (1961), which was followed by versions of The Oresteia by Aeschylus and the plays, Antigone, Oedipus the King and Oedipus at Colonus by Sophocles. Fagles was best known for his versions of The Iliad (1990), The Odyssey (1996) and The Aeneid (2006). Instead of being an exacting literal translator, he sought to reinterpret the classics in a contemporary idiom which gave his translations a narrative energy and verve. He died of prostate cancer on March 26, 2008.

Homer is the author of The Iliad and The Odyssey, the two greatest Greek epic poems. Nothing is known about Homer personally; it is not even known for certain whether there is only one true author of these two works. Homer is thought to have been an Ionian from the 9th or 8th century B.C. While historians argue over the man, his impact on literature, history, and philosophy is so significant as to be almost immeasurable. The Iliad relates the tale of the Trojan War, about the war between Greece and Troy, brought about by the kidnapping of the beautiful Greek princess, Helen, by Paris. It tells of the exploits of such legendary figures as Achilles, Ajax, and Odysseus. The Odyssey recounts the subsequent return of the Greek hero Odysseus after the defeat of the Trojans. On his return trip, Odysseus braves such terrors as the Cyclops, a one-eyed monster; the Sirens, beautiful temptresses; and Scylla and Charybdis, a deadly rock and whirlpool. Waiting for him at home is his wife who has remained faithful during his years in the war. Both the Iliad and the Odyssey have had numerous adaptations, including several film versions of each. 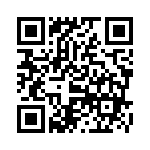