The Pediatrician's Guide to Feeding Babies and Toddlers: Practical Answers to Your Questions on Nutrition, Starting Solids, Allergies, Picky Eating, and M

Pediatricians Porto and DiMaggio offer a systematically organized, practical, and up-to-date guide to baby feeding from birth until toddlerhood. Their work will leave parents feeling informed but not ... Read full review

Dina DiMaggio is a board certified pediatrician working at Pediatric Associates of NYC and NYU Langone Medical Center. She completed her medical training at Albert Einstein College of Medicine, Children’s Hospital at Montefiore, and Memorial Sloan Kettering Cancer Center. She has received numerous research awards, Patient’s Choice awards, compassionate doctor recognition, and was featured in the New York Times Magazine as a Super Doctors in 2014 and 2015 New York Rising Star. She is dedicated to educating parents on baby and toddler nutrition and gives talks to parents throughout New York.

Anthony F. Porto is a board certified pediatric gastroenterologist, an Assistant Professor of Pediatrics, and Associate Clinical Chief at Yale University.  He completed his medical training at Tufts University, Children’s Hospital at Montefiore, and Columbia University. He has received  numerous awards including the Norman J. Seigel Award at Yale University for leadership and outstanding clinical care and Physician of the Year at Columbia University.  He has been named Castle Connolly Top Doctors since 2012. Anthony is interested in nutrition, especially in the care of children with difficulty gaining weight, feeding issues, and celiac disease. 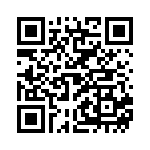