If you are interested in reading this book, you should know a little about it. I bought this because I was interested in the author, otaro maijo, after reading his story 'drill hole in my brain'. I had high expectations for the book, and I am overall satisfied.
What you need to know-otaro maijo is a crazy person, and his stories are very messed up. Many parts will make no sense, and the books are just all over the place.
This is what I enjoyed so much about drill hole, so it makes sense why I like this book too. If you don't like books like this, you are better of not reading.
Thanks

Otaro Maijo (1973– ) is a novelist from Fukui, where most of his stories take place. He debuted with his mystery novel Kemuri ka tsuchi ka kuimono (Smoke, Soil, or Food), with which he won the Mephisto Prize. He started writing literary fiction with Kuma no basho (Place of the Bear), which was nominated for the Mishima Yukio Prize. Then in 2003, he won the Mishima Yukio Prize for Asura Girl. 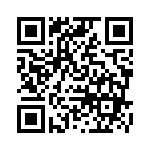