A companion to world philosophies

It is refreshing to see a volume of this high scholarly standard that focuses on non-Western philosophies, which have been largely ignored in the past. The editors have drawn together leading authors ... Read full review

Eliot Deutsch is past editor (1967-1987) of the international journal Philosophy East and West, Director of the Sixth East-West Philosophers' Conference, and a past president of the Society for Asian and Comparative Philosophy. He is the author of twelve books, including: On Truth; Personhood, Creativity and Freedom; Studies in Comparative Aesthetics; Religion and Spirituality; Essays on the Nature of Art; and many articles and reviews in professional journals.

Ron Bontekoe received his PhD from the University of Toronto. He is author of Dimensions of the Hermenetic Circle (1996) and co-editor of Justice and Democracy. 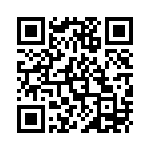