Dr Jamieson is a specialist in the cognitive neuroscience of consciousness and cognitive control and in the field of hypnosis and related states. He completed his PhD in hypnosis and Stroop research with Prof. Peter Sheehan at the University of Queensland and a postdoctoral position in Cognitive Neuroscience at Imperial College London. Currently he lectures in human neuropsychology at the University of New England. He continues to work closely, on EEG or combined EEG-fMRI research projects, with colleagues in Australia, Germany, Japan, North America and the United Kingdom.
In Australia he regularly contributes to professional training conducted by the Australian Society for Hypnosis. He has also served as an expert witness on hypnosis in the Royal Courts of Justice (UK) and is often called upon to give expert commentary on television, in newspapers, on radio and in public debates. 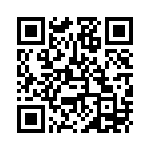