Born at Motier, Switzerland, Louis Agassiz was taught by his parents until the age of ten. Later, as a penurious student and professor in Paris, this Swiss naturalist and geologist studied fish classification and produced the monumental five-volume treatise on extinct marine organisms, Recherches sur les poissons fossiles (1833--43). His second period of research was devoted to the study of Swiss glaciers. The results were published as Etudes sur les glaciers (1840). The widespread hunger for scientific knowledge in the early nineteenth century took Agassiz to the United States in 1846, where he became a professor of zoology and geology at Harvard University. A skilled lecturer and popular and devoted teacher, Agassiz revolutionized the study of natural history by promoting the open-minded observation and interpretation of nature, as opposed to reliance on traditional classification systems. The Agassiz approach was adopted by an entire generation of scientists. Agassiz established a museum of comparative zoology, now the Agassiz Museum at Harvard. His famous "Essay on Classification" is included in his four-volume Contributions to the Natural History of the United States (1857-62). The poet Ezra Pound ranked Agassiz as a writer of prose whose precise knowledge of his subject led to great exactitude of expression. 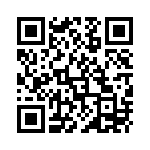