Simson Garfinkel, CISSP, is a journalist, entrepreneur, and international authority on computer security. Garfinkel is chief technology officer at Sandstorm Enterprises, a Boston-based firm that develops state-of-the-art computer security tools. Garfinkel is also a columnist for Technology Review Magazine and has written for more than 50 publications, including Computerworld, Forbes, and The New York Times. He is also the author of Database Nation; Web Security, Privacy, and Commerce; PGP: Pretty Good Privacy; and seven other books. Garfinkel earned a master's degree in journalism at Columbia University in 1988 and holds three undergraduate degrees from MIT. He is currently working on his doctorate at MIT's Laboratory for Computer Science.

Gene Spafford, Ph.D., CISSP, is an internationally renowned scientist and educator who has been working in information security, policy, cybercrime, and software engineering for nearly two decades. He is a professor at Purdue University and is the director of CERIAS, the world's premier multidisciplinary academic center for information security and assurance. Professor Spafford and his students have pioneered a number of technologies and concepts well-known in security today, including the COPS and Tripwire tools, two-stage firewalls, and vulnerability databases. Spaf, as he is widely known, has achieved numerous professional honors recognizing his teaching, his research, and his professional service. These include being named a fellow of the AAAS, the ACM, and the IEEE; receiving the National Computer Systems Security Award; receiving the William Hugh Murray Medal of the NCISSE; election to the ISSA Hall of Fame; and receiving the Charles Murphy Award at Purdue. He was named a CISSP, honoris causa in 2000. In addition to over 100 technical reports and articles on his research, Spaf is also the coauthor of Web Security, Privacy, and Commerce, and was the consulting editor for Computer Crime: A Crimefighters Handbook (both from O'Reilly).

Alan Schwartz, Ph.D. is an assistant professor of clinical decision making in the Departments of Medical Education and Pediatrics at the University of Illinois at Chicago. He is also the author of Managing Mailing Lists and the coauthor of Stopping Spam (both from O'Reilly). He serves as a consultant on Unix system administration for several ISPs. In his spare time, he develops and maintains the PennMUSH MUD server and brews beer and mead with his wife, with whom he also develops and maintains their son. Turn-ons for Alan include sailing, programming in Perl, playing duplicate bridge, and drinking Anchor Porter. Turn-offs include spam and watery American lagers. 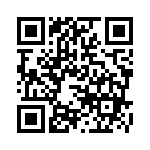