Gregory M. Reichberg is Research Professor at the Peace Research Institute Oslo (PRIO). He is leader of the Oslo-based Research School in Peace and Conflict, adjunct Professor in the Department of Political Science at the University of Oslo, associate editor of the Journal of Military Ethics, and board member of the US-based Peace Research Endowment. He is co-editor of World Religions and Norms of War (2009); Ethics, Nationalism, and Just War: Medieval and Contemporary Perspectives (2007); and The Ethics of War: Classic and Contemporary Readings (2006).

Henrik Syse is Senior Researcher at the Peace Research Institute Oslo (PRIO). He is also co-editor in chief of the Journal of Military Ethics and adjunct Associate Professor at the Norwegian Defense University College. He is the author of Natural Law, Religion, and Rights (2007) as well as several books in Norwegian on topics such as war, the virtue of moderation, and the relationship between faith and philosophy. He is the co-editor, with Gregory M. Reichberg and Endre Begby, of The Ethics of War: Classic and Contemporary Readings (2006) and, with Reichberg, of Ethics, Nationalism, and Just War (2007). 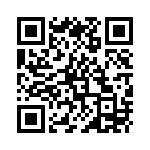