This is a fantastic work in a great translation and equipped with just the right amount of notes and introduction. Seneca's wisdom will continue to instruct us as it has done for centuries. No ... Read full review

The Letters is regarded as one of the three key Stoic works, along with Marcus Aurelius' Meditations and Epictetus' Discourses. My initial thoughts were that Seneca's letters provided gems of genius ... Read full review

Lucius Annaeus Seneca, statesman, philosopher, advocate and man of letters, was born at Cordoba in Spain around 4 BC. He rose to prominence in Rome, pursuing a career in the courts and political life, for which he had been trained, while also acquiring celebrity as an author of tragedies and essays. Falling foul of successive emperors (Caligula in AD 39 and Claudius in AD 41), he spent eight years in exile, allegedly for an affair with Caligula's sister. Recalled in AD 49, he was made praetor and was appointed tutor to the boy who was to become, in AD 54, the emperor Nero. On Nero's succession, Seneca acted for some eight years as an unofficial chief minister. The early part of this reign was remembered as a period of sound government, for which the main credit seems due to Seneca. His control over Nero declined as enemies turned the emperor against him with representations that his popularity made him a danger, or with accusations of immorality or excessive wealth. Retiring from public life he devoted his last three years to philosophy and writing, particularly the Letters to Lucilius. In AD 65 following the discovery of a plot against the emperor, in which he was thought to be implicated, he and many others were compelled by Nero to commit suicide. His fame as an essayist and dramatist lasted until two or three centuries ago, when he passed into literary oblivion, from which the twentieth century has seen a considerable recovery. 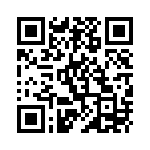