Elliot N. Dorff, Rabbi (Jewish Theological Seminary), PhD (Columbia University), is rector and Sol and Anne Dorff Distinguished Professor of Philosophy at the American Jewish University (formerly the University of Judaism) in Los Angeles. Among the twelve books he has written are four award-winning books on Jewish ethics and law published by The Jewish Publication Society: Matters of Life and Death (1998) on Jewish medical ethics; To Do the Right and the Good (2002) on Jewish social ethics; Love Your Neighbor and Yourself on Jewish personal ethics; and For the Love of God and People: A Philosophy of Jewish Law (2007). He has also edited 10 books, including Contemporary Jewish Ethics and Morality (Oxford, 1995) and Contemporary Jewish Theology (Oxford, 1999), co-edited by Louis Newman, who also co-edited with Dorff the first three volumes of the Jewish Choices, Jewish Voices series. Since 1984, Rabbi Dorff has served on the Rabbinical Assembly?s Committee on Jewish Law and Standards, and has served as its Chair since 2007. He has also served on several federal advisory commissions dealing with the ethics of health care, sexual responsibility, and research on human subjects. He is a member of the State of California?s Ethics Committee on embryonic stem cell research. He is married to Marlynn, and they have four children and seven grandchildren. 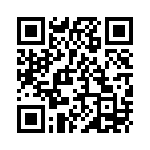