A fantasy book set in the real world. The premise is familiar to anyone who reads modern mundane fiction. Get a bunch of people with issues, put them together, have them chat a lot. So not much action ... Read full review

When Bo Gavin returns to his cousin Libby's Colorado ranch to die, he joins a self-exiled Ute Indian and his estranged daughter in a desperate quest to save a herd of dying unicorns, visitors from ... Read full review

MICHAEL BISHOP lives in Wichita, KS with his wife Cindy. His books have been seen on Mtv, in newspapers nationwide, and celebrated highly on the Internet. Critics are hailing him as the Next Generation of Horror after his explosive debut into the literary world. Setting the industry on fire with a new style of twisted imagery and savage story lines. He is now working on the "Raven's Secrets", his next work of maniacal mischief. 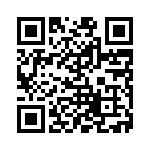