Jerome Meckier is professor of English at the University of Kentucky. He has published extensively on the Victorians and on modern British and American literature. 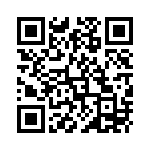