Marcus Levitt (Ph.D. Columbia University, 1984) is an Associate Professor in the Department of Slavic Languages and Literatures, University of Southern California. Dr. Levitt is known for both his work on eighteenth-century Russian culture and on Pushkin. Major publications include: Russian Literary Politics and the Pushkin Celebration of 1880 (Cornell University Press 1989), Early Modern Russian Writers, Late Seventeenth and Eighteenth Centuries, (Volume 150) in the series The Dictionary of Literary Biography (1995; Editor and contributor) and Making Russia Visible: The Status of the Visual in Eighteenth-century Russian Literature (forthcoming). 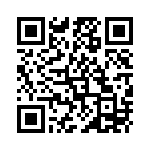