I was a bit disappointed with this book even though the author makes a good point. He introduces four models of sovereignty and discusses "Westphalian sovereignty" in particular. According to this ... Read full review

Stephen D. Krasner is the Graham H. Stuart Professor of International Relations and a Senior Fellow in the Institute for International Studies at Stanford University. He is the author of Defending the National Interest: Raw Material Investments and U.S. Foreign Policy (Princeton) and Structural Conflict: The Third World Against Global Liberalism, and is the editor of International Regimes. 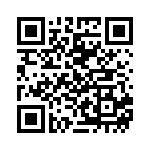