I may be a poor judge of the value of this book as an "introduction," since I've had lots of previous exposure. With that caveat, I found this small tome both enjoyable and instructive. A good ... Read full review

Simon Blackburn is Professor of Philosophy at the University of Cambridge. Until recently he was Edna J. Doury Distinguished Professor of Philosophy at the University of North Carolina, and from 1969 to 1999 a Fellow and Tutor at Pembroke College, Oxford. His books include Spreading the Word (1984), Essays in Quasi-Realism (1993), The Oxford Dictionary of Philosophy (1994), Ruling Passions (1998), and Truth (co-edited with Keith Simmons, 1999), and the best-selling Think (1999). He edited the journal Mind from 1984 to 1990. 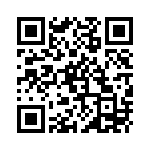