This book explores the strains of American foreign policy which veers over the course of history between imperialist and interventionist goals and isolationism. Kinzer argues that these two positions ... Read full review

5477. The True Flag Theodore Roosevelt, Mark Twain, and the Birth of American Empire, by Stephen Kinzer (read 17 Jun 2017) This is an easy-to-read account of the fight to prevent the U.S. from ... Read full review

Stephen Kinzer is the author of The Brothers, Reset, Overthrow, All the Shah’s Men, and other books. An award-winning foreign correspondent, he served as The New York Times’s bureau chief in Turkey, Germany, and Nicaragua and as The Boston Globe’s Latin America correspondent. He is a senior fellow at the Watson Institute for International and Public Affairs at Brown University and writes a column on world affairs for The Boston Globe. He lives in Boston. 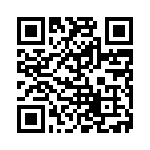