Goro Shimura was born in Hamamatsu, Japan on February 23, 1930. He received a bachelor's degree in 1952 and a doctorate in 1958 from the University of Tokyo. He taught at the University of Tokyo and Osaka University before becoming a visiting professor at Princeton University in 1962. He was a professor at Princeton from 1964 until his retirement in 1999. As a mathematician, his insights provided the foundation for the proof of Fermat's Last Theorem and led to tools widely used in modern cryptography. He wrote more than 100 papers and books including one about Imari porcelain. His memoir, The Map of My Life, was published in 2008. He received several awards including a Guggenheim Fellowship in 1979, the Cole Prize for number theory in 1976, the Asahi Prize in 1991, and the American Mathematical Society's Steele Prize for lifetime achievement in 1996. He died on May 3, 2019 at the age of 89. 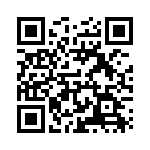