This is a classic of history. I've heard about it many times and always intended to read it. Finally did so this week. First he makes the case that typical accounts of military battles are lacking in ... Consulter l'avis complet

Long introduction about the method of military history writing, where he makes a big point about the importance for the military historian of going into the details (and chaos) of battle and taking ... Consulter l'avis complet

Sir John Desmond Patrick Keegan (1934–2012), was one of the most distinguished contemporary military historians and was for many years the senior lecturer at Sandhurst (the British Royal Military Academy) and the defense editor of the Daily Telegraph (London). Keegan was the author of numerous books including The Face of Battle, The Mask of Command, The Price of Admiralty, Six Armies in Normandy, and The Second World War, and was a fellow at the Royal Society of Literature. 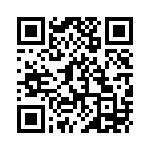