Carole Kenner, Ph.D., RN, FAAN, FNAP, ANEF, is the Carol Kuser Loser Dean/Professor of the School of Nursing, Health, and Exercise Science at the College of New Jersey. Dr. Kenner received a BS in nursing from the University of Cincinnati and her MS and PhD in nursing from Indiana University. She specialized in neonatal/perinatal nursing for her master’s and obtained a minor in higher education for her doctorate. She has authored more than 100 journal articles and 25 textbooks.

Her career is dedicated to nursing education and to the health of neonates and their families, as well as educational and professional development of healthcare practices in neonatology. Her dedication includes providing a healthcare standard for educating neonatal nurses nationally and internationally. Her passion led her to begin the journal Newborn and Infant Nursing Reviews, for which she served as an editor and then associate editor. She worked with the National Coalition on Health Professions Education in Genetics (NCHPEG) and the American Nurses Association to develop genetic competencies. She helped develop the End-of-Life Nursing Education Consortium (ELNEC) Neonatal/Pediatric modules. She served as the co-chair of the Oklahoma Attorney General’s Task Force on End-of-Life/Palliative care. She also helped development program recommendations for perinatal/neonatal palliative care as part of a family-centered/developmental care project sponsored by the National Perinatal Association. She serves on the Consensus Committee of Neonatal Intensive Care Design Standards, which sets recommendations for Neonatal Intensive Care Unit designs and serves on the March of Dimes Nursing Advisory Committee. She is a fellow of the American Academy of Nursing (FAAN), a fellow in the National Academies of Practice, a fellow in the Academy of Nursing Education, past president of the National Association of Neonatal Nurses (NANN), and founding president of the Council of International Neonatal Nurses (COINN), the first international organization representing neonatal nursing in setting standards globally. She is the 2011 recipient of the Audrey Hepburn Award for Contributions to the Health and Welfare of Children internationally.

Judy Wright Lott, PhD, BC-NNP, RN, FAAN, is Dean, Baylor University School of Nursing (TX) since 2002. She was a Neonatal NP (NNP) 2004-2005; Associate Professor of Nursing and Director of NNP Specialty, at the University of Cincinnati College of Nursing (1996-2002); and Assistant Professor, Neonatal Graduate specialty, University of Florida College of Nursing (1986-1990). She has worked in the clinical setting in various capacities since 1976. From 1992–1996, she was the NNP Service Director/Associate Professor of Nursing (joint appointment) at the Children’s Hospital Medical Center, University of Cincinnati College of Nursing, where she also was responsible for the administration of the NNP Service of the Level III NICU (1992-1996); and NNP Coordinator, Carolinas Medical Center, Charlotte, NC, where she was responsible for 12 NNPs. Dr. Lott was inducted into the AAN (2003), the AACN Fuld Leadership for Academic Nursing Program (2003-2004), and Visiting Professor for the Perinatal Society of Australia and New Zealand (2001). She has co-authored three editions of Comprehensive Neonatal Nursing with Dr. Kenner. 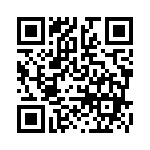