Review: The Reed of God (Prayer and Practice)

One of my favorite books, and certainly my favorite inspirational book! This book, written in 1944 (I believe) is just wonderful. It, more than anything I have read, has brought me closer to Our ... Read full review

Caryll Houselander (1901–1954) was an English artist who became one of the most popular Catholic spiritual writers of modern times. Although in poor health for most of her short life, her literary and artistic output was remarkable. Beginning in 1927 until her death in 1954, she wrote and published constantly. With the publication of This War Is the Passion in 1941, she became one of the most popular and highly respected religious writers of the period.

Marie Anne Mayeski is Professor Emeritus from the Department of Theology at Loyola Marymount University. 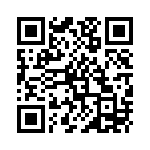