In my continuing survey of classic SF I'm finding many authors and books I missed when I was young. This is one of them. I like a many of Heinlein's novels but, as with some of his early juveniles I ... Read full review

(Original Review, 1980-07-24) Random rumblings on our inability to predict the future. Pop-up display screens and visual aiming (guiding a missile by looking at the target) for fighter pilots is ... Read full review

Vietnam veteran, former lawyer, former bus driver, and now bestselling author, David Drake tells a military story like no other. His readers recognize that he can take them where no one else can, with gut-wrenching description that puts them face-to-face with the enemy, and in the midst of the action right on the battlefield. He helped create the audience for mercenary military science fiction with his best-selling "Hammer's Slammers" books. Drake graduated Phi Beta Kappa from the University of Iowa, majoring in history (with honors) and Latin. His stint at Duke University Law School was interrupted for two years by the U.S. Army, where he served as an enlisted interrogator with the 11th Armored Cavalry in Vietnam and Cambodia. Drake has a wife, a son, and various pets. 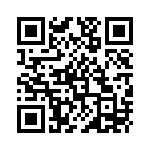