Barbara, a former actress, is the author of ACE FLIES LIKE AN EAGLE (ALA Best Books for Reluctant Readers), MIGUEL LOST & FOUND IN THE PALACE (winner of the Zia Award from the New Mexico Press Womens Association and first in a series of novels on the New Mexico State Museums) and TRIPPING THE RUNNER, ANNIE AND THE ANIMALS, AND ANNIE AT THE RANCH. She received the Christopher Award and, in addition to a busy writing schedule, participates in a program of building homes for the poor in Mexico. She lives in Santa Fe.

Judie grew up in Montana and Idaho and had a short childhood career as a pet funeral director. As a teenager, her list of short careers multiplied: life guard (2 1⁄2 days), elevator operator, movie extra, model, typist (6 hours), and carhop. She attended schools in Mexico and Spain, but graduated from an American university, taught school, then went globetrotting. Among her written works are seven scripts for the TV series, THE SPIRIT OF 76, and six novels, including the hilarious WALLY, and the much-loved HAPPILY EVER AFTERALMOST. She lives in Santa Fe and works supporting a group that brings beautiful music to her community. 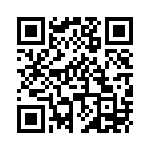