Philip J. Weiser is Associate Professor of Law and Telecommunications at the University of Colorado and Executive Director and Founder of the Silicon Flatirons Telecommunications Program. He was principal telecommunications adviser to former Assistant Attorney General Joel Klein during the Clinton administration and previously served as law clerk for US Supreme Court Justices Byron R. White and Ruth Bader Ginsburg. 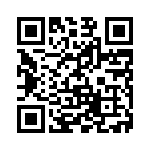