It is extremely difficult to find resources on the Second Spanish Republic, let alone the Spanish Civil War, that are impartial. Stanley G. Payne is the leading historian on modern Spanish history ... Read full review

Stanley Payne has taught history at several universities, including Columbia University, University of California, Los Angeles and the University of Wisconsin. He is a member of the American Academy of Arts and Sciences and a corresponding member of Real Academia Espanola de la Historia, Madrid. He has received various awards and prizes, most recently the Marshal Shulman Book Award of the American Association for the Advancement of Slavic Studies (2005) and the Gran Cruz de Isabel la Catolica from the Spanish government (2009). He has been co-editor of the Journal of Contemporary History since 1999. Professor Payne is the author of more than 20 books and 150 articles, as well as co-author or co-editor of 9 books. Most recently, he is the author of The Collapse of the Spanish Republic, 1933 1936: Origins of the Civil War, Franco and Hitler: Spain, Germany, and World War II, Spain: A Unique History and Civil War in Europe, 1905 1949. 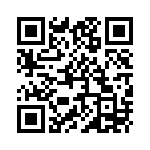