If you are into source materials on Czolgosz, these are good and comprehensive based , based on interviews with the family done by Channing's associate Dr. Briggs. These two are Progressives, meaning their perspective is different on the sanity of the assassin than the prosecution and defense during the trial. Actually, the defense team, staunchly Republican, both retired jurists, appear ready to accept the assassin's admission that he is sane and guilty, he knew what he did and he is ready to die for it. The prosecution, more democratic in makeup, were more worried that the posibility of Czolgosz being driving insane by modern industrial life would arise. This angle is explored by Channing. Although his conclusions do not go that far, he does conclude that the defendant was deluded and thus insane.
One interesting result of Brigg's interviews is uncovering Czolgosz's narcotic usage. While Channing does not note it, why should he? Morphine and other forms of narcotics were a common component of most remedies of the day (the good ones anyway), and since Czolgosz's breakdown in '97-'98, those interviewed say he had become "dreamy" and was never without a "bottle of pills." Some cocaine use cocaine use (to treat catarrhal), complete with a little machine for self administration. (If you have done any study of turn of the century drug use, this rings bells.) His stepmother refers to a phase where he grew plants, dried the leaves in the oven, and smoked them. So does this contribute to his delusions, as he sits alone in his little room reading anarchist literature and dreaming of Emma Goldman? 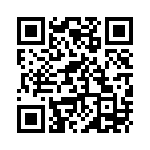