The Arcades is an impossible project: impossible to write, impossible in any ordinary sense to read. The impossibility, for Benjamin, seems to have been the point. For the reader, it makes the Arcades a kind of paradoxical or negative key to the rest of Benjamin's work. Read full review

Walter Benjamin (1892-1940) was the author of many works of literary and cultural analysis.

Howard Eiland teaches literature at the Massachusetts Institute of Technology.

Kevin McLaughlin is Assistant Professor of English at Brown University and the author of Writing in Parts: Imitation and Exchange in Nineteenth-Century Literature. 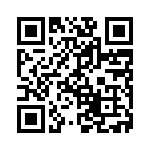