Michele Hakakha, M.D., FACOG graduated with honors from the University of California, Santa Barbara with a bachelor of science degree in biopsychology. She then returned to her home state of Hawaii to complete her medical school training at the John A. Burns School of Medicine at the University of Hawaii, where she was inducted into the Alpha Omega Alpha National Medical Honor Society.

After completing four years of medical school and deciding to pursue a career in women's health (and realizing she could never live too far from the ocean), Dr. Hakakha began a four-year residency program in obstetrics and gynecology at the renowned Cedars Sinai Medical Center in Los Angeles, under the chairmanship of world-famous perinatologist, Dr. Lawrence Platt.

Dr. Hakakha has contributed to numerous articles and educational videos on pregnancy, and appeared in Little Man, a 2005 award-winning documentary on preterm labor and premature birth. She has also received numerous awards during her career including the prestigious Janet M. Glasgow award for academic excellence in Women's Health. Dr. Hakakha is board-certified and is a fellow of the American Congress of Obstetricians and Gynecologists. She also serves as a medical advisor to Parents magazine and Parents.com.

Dr. Hakakha has been in private practice in Beverly Hills since 2002. Her clinical interest is caring for women with high-risk pregnancies. She is married to another OB/GYN and is the mother of two delightful little girls. She resides in Los Angeles, CA.

Dr. Brown is Board Certified and is a Fellow of the American Academy of Pediatrics. In private practice since 1995, she is the Founder and CEO of 411 Pediatrics in Austin, TX.

Dr. Brown is an acclaimed child health advocate, receiving an American Academy of Pediatrics Advocacy Award and the Ralph Feigin, MD, Award for child health promotion. She has also won a 2013 National Health Information Award for her published work on illness and injury prevention.

Dr. Brown is an official spokesperson for the American Academy of Pediatrics. She is a medical advisor for Parents magazine and ABC News. She has appeared on the Today Show, Dr. Phil, Rachael Ray Show, CNN, as well as in the Wall Street Journal and New York Times.

Dr. Brown penned the best selling Baby 411 and Toddler 411 book series before co-authoring this book. She resides in Austin, TX. 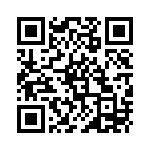