Sadly, this book is he best we have. Sources are sparse and compared to the amount normally associated with the genre. The acidents of time have dispersed the official material, and the general ... Read full review

Heraclius:Emperor of Byzantium
Walter E. Kaegi
Cambridge University Press, 2003, 380pp
ISBN 0 521 81459 6Reviewed by Richard Blake
This is the first biography of Heraclius in over a century, and the first ever in English. That a biography was worth writing should be clear from the book’s cover note:
“This book evaluates the life and times of the pivotal yet controversial and poorly understood Byzantine Emperor Heraclius (AD 610-641), a contemporary of the Prophet Muhammad. Heraclius’ reign is critical for understanding the background to fundamental changes in the Balkans and the Middle East, including the emergence of Islam, at the end of Antiquity.”
Though few in England know of him, Heraclius is one of the most astonishing figures in history. Except they are true, the facts of his life read like something out of legend. He seized power in 610 just as the Persians were turning their war with the Empire from a set of opportunistic raids into an attempt at its destruction. During the next ten years, every Imperial frontier crumbled. After a thousand years of control by Greeks, or by Greeks and Romans, Persia and Egypt fell to the Persians.. The Slavs and Avars took most of Greece. The Lombards and Visigoths nibbled away at the remaining European provinces in the West. Africa aside, the Empire was reduced to a core that covered roughly the same area as modern Turkey.
Suddenly, after a decade of seeming inactivity, Heraclius went on the offensive and struck deep inside the Persian Empire. In a series of brilliant campaigns, he shattered the Persians and won everything back. In 629, he went in triumph to Jerusalem and restored the fragment of the True Cross that had been taken by the Persians. It seemed to be the start of a new age of Roman greatness, in which its absolutely triumphant Emperor – the new Alexander – could remake the world as he pleased.
Five years later, and without warning, the Moslems streamed out of the desert and took Syria. Another few years, and they took Egypt. By the time he died, Heraclius had lost nearly every one of the regained territories. And these were now permanently lost. From the ashes of the Eastern Roman Empire would emerge the Byzantine state and society in much the same form as they preserved down to 1204.
You can hardly go wrong in telling the story. Gibbon did it well. So did Finlay. So did Oman. So did many in the 20th century. I have now written six novels set in seventh century Byzantium, and you really have to work hard not to convey something of how remarkable the age was. Yet, for all his undoubted mastery of the sources in at least four languages, Walter E. Kaegi makes an embarrassingly good effort at draining all sense of wonder from the story.
First, there is the writing of the book. It begins well enough – even if the discussion of possible Armenian origins soon outstays its welcome. After a few dozen pages, though, the narrative breaks down into a mass of repetitions. Look at this:
“Both antagonists remained on the battlefield after the combat. Byzantine cavalrymen watered their horses to arrow-shots’ distance from the Persian horsemen, who watched over their dead until the seventh hour of the night. (p.162)
“At the end of the battle of Nineveh, after the stripping of the dead, and while the Zoroastrian Persians watched over their dead for a minimal observance of respect, the Byzantines, at a distance of two arrow-shots (approximately 266 or 600 meters), watered and fed their horses.” (p.163)
“After defeat, the Persians, in what was a kind of standoff, having lost 6,000 men, kept a watch over the corpses of their dead…, following Zoroastrian strictures, but for a more limited duration, for one-fifth or so of a day (probably an abbreviated watch for military exingencies). (p.169)
These repetitions are carried to the point where I suspect that Professor Kaegi, over many years, jotted his thoughts onto postcards, and wrote his book by arranging the cards into loose order and not revising anything at all. Apart 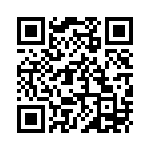