A book that should silence the natural law crowd - not that nature is normative anyway. We are not 'in' nature, but 'of' nature, so everything we do is by definition 'natural.' Only a monotheist who ... Read full review

A scholarly, exhaustive, and utterly convincing refutation of the notion that human homosexuality is an aberration in nature. Biologist Bagemihl, who formerly taught cognitive science at the ... Read full review

Bruce Bagemihl, Ph.D., is a biologist and researcher who has served on the faculty of the University of British Columbia, where he taught linguistics and cognitive science. He is the author of Biological Exuberance and has published diverse essays and scientific articles on issues pertaining to language, biology, gender, and sexuality. He lives in Seattle, Washington. 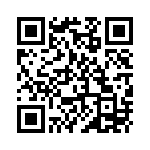