Fouad G. Major pioneered the application of ion field confinement to microwave spectroscopy. He made the first observation of microwave resonance in trapped mercury ions as a reference for a spacecraft atomic clock at NASA laboratory(1969). Awarded the NASA "Apollo Achievement Award" 1970 and was guest researcher at the Laboratoire de l’Horloge Atomique in Orsay, France. 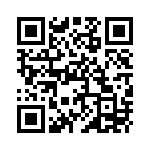