CHRISTIANBOOK.COM, A GREAT PLACE TO START

THIS HAS BEEN SAID BY OTHERS, BUT, AS A TRUE CHRISTIAN , IF YOU ARE GOING TO READ AND MEDITATE ON ANYTHING BESIDES THE BIBLE, YOU CANNOT DO ANY BETTER THAN A.W. TOZER. ALSO, AS TOZER HIMSELF HAS SAID ... Read full review

Review: Whatever Happened to Worship?: A Call to True Worship

An Excellent book of attributes on Christian worship. This should be read prayerfully by every worshipper to self-examine what their worship is really like. In today's living we delegate worship to ... Read full review

Aiden W. Tozer was born in La Jose, Pennsylvania on April 21, 1897. He was raised on a farm and never received more than an elementary school education. While on his way home from the Akron, Ohio tire company where he worked as a teen, Tozer overheard a street preacher and decided to follow Christ. In 1919, he accepted an offer to pastor his first church in Nutter Fort, West Virginia, which began 44 years of ministry with the Christian and Missionary Alliance. He served as pastor of the Southside Alliance Church in Chicago from 1928 to 1959 and spent his final years as pastor at the Avenue Road (Alliance) Church in Toronto, Canada. He wrote more than 40 books during his lifetime including The Pursuit of God and The Knowledge of the Holy: The Attributes of God - Their Meaning in the Christian Life. He died on May 12, 1963 at the age of 66. 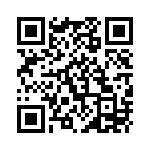