Lev Davidovich Landau was born on January 22, 1908 in Baku, U.S.S.R (now Azerbaijan). A brilliant student, he had finished secondary school by the age of 13. He enrolled in the University of Baku a year later, in 1922, and later transferred to the University of Leningrad, from which he graduated with a degree in physics. Landau did graduate work in physics at Leningrad's Physiotechnical Institute, at Cambridge University in England, and at the Institute of Theoretical Physics in Denmark, where he met physicist Neils Bohr, whose work he greatly admired. Landau worked in the Soviet Union's nuclear weapons program during World War II, and then began a teaching career. Considered to be the founder of a whole school of Soviet theoretical physicists, Landau was honored with numerous awards, including the Lenin Prize, the Max Planck Medal, the Fritz London Prize, and, most notably, the 1962 Nobel Prize for Physics, which honored his pioneering work in the field of low-temperature physics and condensed matter, particularly liquid helium. Unfortunately, Landau's wife and son had to accept the Nobel Prize for him; Landau had been seriously injured in a car crash several months earlier and never completely recovered. He was unable to work again, and spent the remainder of his years, until his death in 1968, battling health problems resulting from the accident. Landau's most notable written work is his Course of Theoretical Physics, an eight-volume set of texts covering the complete range of theoretical physics. Like several other of Landau's books, it was written with Evgeny Lifshitz, a favorite student, because Landau himself strongly disliked writing. Some other works include What is Relativity?, Theory of Elasticity, and Physics for Everyone. 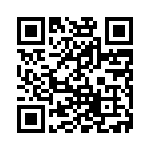