Another adventure with Thor Heyerdahl. Testing historical events and probabilities and science of marine construction. Reflections on the adverse developments of mankind. Have we progressed or regressed? Read full review

Probably the worst of the three Heyerdahl books I've read. I really struggled to follow the history side of things, and I didn't find the writing very compelling. Read full review

This is an enthralling book," Hamilton Lasso wrote in The New Yorker of Kon-Tiki (1948), "and I don't think I can be very far off in calling it the most absorbing sea tale of our time." Heyerdahl, a Norwegian ethnologist, conceived the theory---not then accepted by other scientists---that Polynesia may have been originally settled by people who crossed the 4,100 miles of ocean from Peru in rafts made of balsa logs. Kon-Tiki is the story of how he and five others built the raft, as people of the Stone Age could build it, and traveled in it from Peru to a small island east of Tahiti---a "most fascinating description of intelligent courage." Heyerdahl believes that he has at last solved the problem of how natives raised the great statues on Easter Island and has written a most absorbing account of it in Aku-Aku (1958). He has adduced further corroboration of his theory from the findings in The Archaeology of Easter Island (1961). In the spring of 1969, Heyerdahl was engaged in a new experiment---planning to cross the Atlantic from Morocco to Yucatan in a 12-ton papyrus boat that he and others built themselves in the manner of the ancient Egyptians. In spite of general skepticism as to whether the boat, called the Ra, could make the journey without sinking when it became thoroughly water-soaked, Heyerdahl and six others set out in full confidence. They hoped to demonstrate that Egyptians might have made the journey in this manner 4,000 or 5,000 years ago and thus were the precursors of the Incas and Mayas. In July 1969, however, they were forced to abandon their attempt 600 miles short of their goal, near the Virgin Islands, after a series of storms had crippled the Ra. They left it drifting in the hope that it might reach Barbados on its own. Their second attempt, in Ra II, was successful. A subsequent journey in the reed-ship Tigris in 1977--78 was meant to show that such craft could maneuver against the wind and thus complete round-trip journeys through the ancient world via the Persian Gulf and Arabian Sea. Political conflicts in the region, however, led Heyerdahl and his crew to burn the Tigris in protest. 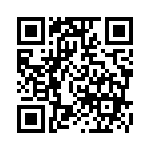