Laurence Claus is a Professor of Law at the University of San Diego. Professor Claus clerked for Judge Frank H. Easterbrook of the U.S. Court of Appeals for the Seventh Circuit from August 1999 to August 2000. He was a John M. Olin fellow in law at Northwestern University School of Law priorto joining the USD law faculty in 2001, and received his Doctor of Philosophy from the University of Oxford under the supervision of John Finnis. 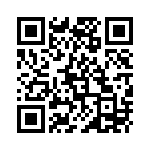