Charles Brockden Brown, the first full-time professional writer in the United States, is considered by many to be the nation's first important novelist. He is noted chiefly for having written four Gothic novels that prefigure one of America's most significant traditions, the kind of psychological-moralistic fiction written by Hawthorne, Poe, Henry James, William Faulkner, and Flannery O'Connor. Brown was also admired and imitated by such English writers such as Mary Shelley, Percy Bysshe Shelley, and Thomas Love Peacock. While Brown's texts displayed some of the indulgences inherent in the Gothic tradition, his work is notable for its inventive and sophisticated construction and for what Brown termed moral painting. Within four years, between 1789 and 1801, he published six novels. Wieland (1798), perhaps his best-known work, was based on an actual murder case in New York, but Brown was less interested in the sensational aspects than in the moral and psychological implications of the case. Ormand (1799) deals with an attempted seduction but is ultimately about the struggle of conflicting values. Arthur Mervyn (1799), the longest of Brown's novels, is a realistic account of the yellow fever plague that occurred in Philadelphia in 1733. Edgar Huntly (1799), though occasionally incredible, is a skillful interrogation of moral ambiguities and complexities. Before he abandoned novel writing for a career in journalism in 1804, Brown published two more novels, Clara Howard and Jane Talbot, both in 1801. Although for many years Brown's work received relatively limited attention, scholarly interest in his work has increased dramatically in the past 40 years. All of his fiction is once more in print, and carefully edited volumes of his works have recently been published by Kent State University Press. Brown died in 1810. 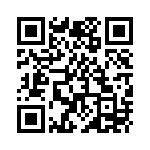